The Peljesac Peninsula – Close to Famous Dubrovnik yet with a Relaxing, Almost Faraway Feel

The large and fertile Peljesac peninsula is located in the southern part of Croatia’s Dalmatia region. Just across the water, barely 15 minutes by ferry is the beautiful island of Korcula. Both are connected by their maritime history and both are convenient for the famous city of Dubrovnik further south. (Peljesac is pronounced “pell-yer-shatts”).
Ston on the peninsula is around an hour’s drive from Dubrovnik (55 kilometres), Orebic on the farthest west part is two hours’ drive (111 kilometres) and the island of Korcula is just over three hours’ away (149 kilometres).

It’s a glorious drive to the peninsula and the island from both north and south. Arriving from the Split direction, if time isn’t an issue, take the old Adriatic road, passing by the dramatic cliffs at Omis, and the amazing wetland of Neretva Delta. Coming from the Dubrovnik direction drive round the Zupa bay with old mansions, past the pretty hilltop village of Orasac, through Slano with its gleaming new marina and on to the turn for the peninsula.

Regular car ferries connect Ploce (mainland) with Trstenik on Peljesac or just drive across and Orebic on Peljesac with Domince on Korcula and just a six minute drive to Korcula town. Ferries also from Vela Luka on the west of Korcula to Hvar, Split and Lastovo
Fast catamarans connect Split, Brac, Hvar, Mljet with Dubrovnik and Korcula (both Korcula Town and Vela Luka). 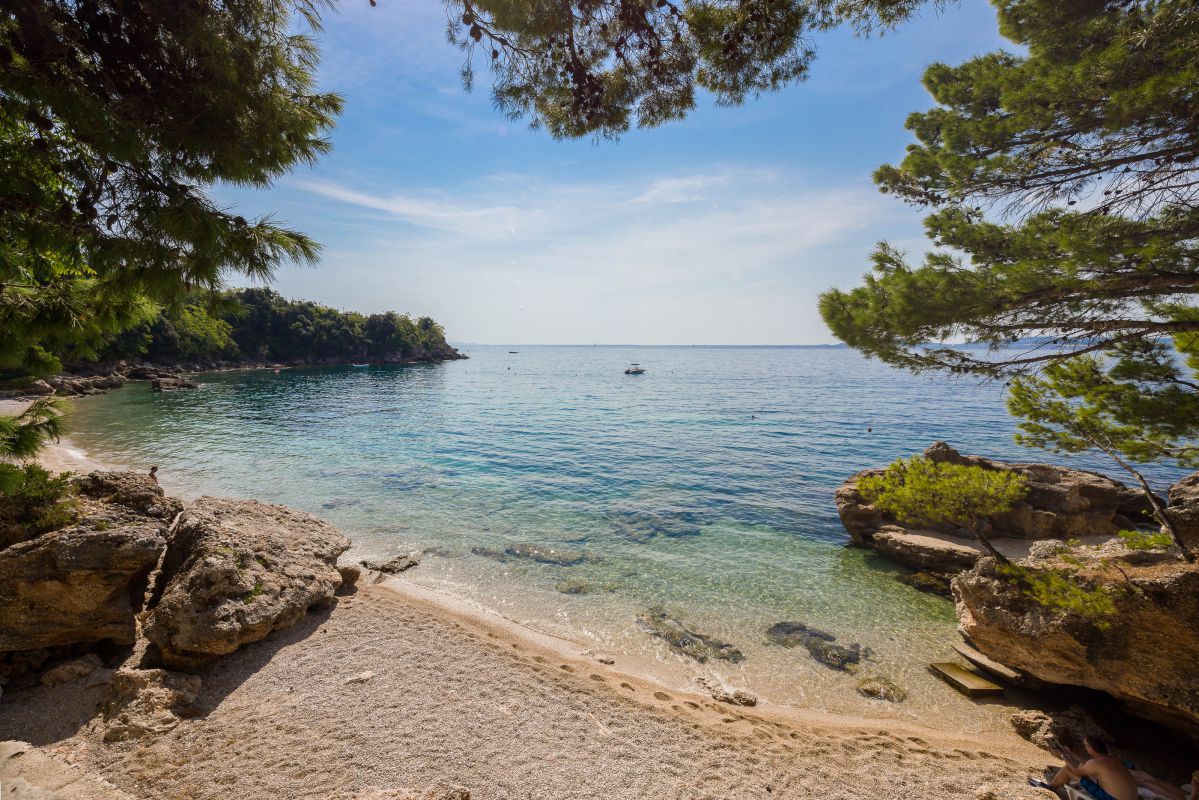 WHAT TO SEE AND DO ON PELJESAC

Outside of peak July and August there’s a wonderful, time-warp feel to the place. Pretty, pine-fringed beaches, mainly pebbles, some with sand. Even in high season the small villages have a faraway feel.

Ston – some of the best shellfish in Croatia

Oysters from Ston are smaller than Atlantic ones. Mussels and clams are prized. All are delicious and served in various ways including huge seafood platters everyone in the region. Couple of excellent seafood restaurants in Mali Ston.

Completed in the 14th century to protect the valuable salt pans, the ramparts were originally over seven kilometres long with 40 tower fortresses. Today, around five kilometres remain and the wall is open for visitors. The second largest defensive stone wall in the world, this is often called the “European Wall of China”. Chose a cooler time of day for the steep climb!

Originally these salt pans supplied Dubrovnik when salt was as valuable as gold. Salt has been produced here for over 4,000 years. Visitors can sometimes join the harvest from July to September with a 0600 start! 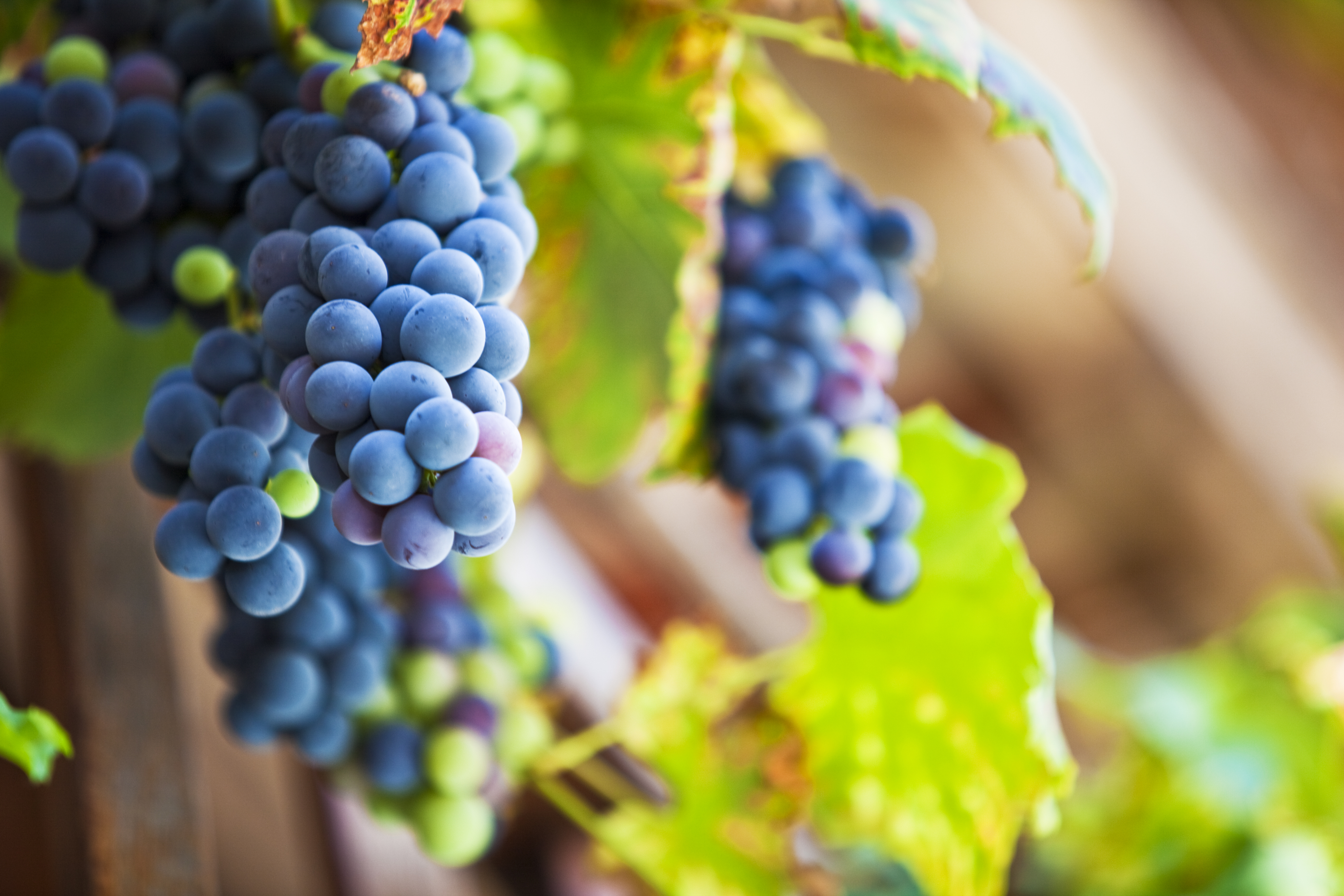 In Potomje and surrounding villages, wine has been made from Roman times. Today, traditional winemakers produce the heady red Plavac and the even more robust Dingac which are unique to the peninsula with grapes grown on slopes attracting warm winds with maximum sunshine. Several wineries offer tastings. Skaramuca Winery owns the biggest stretch of vineyards and their Dingac Barrique usually stops a conversation!

Marked hiking paths on Mount Sveti Ilija where wild moufflon goats graze on herbs. From there there are stunning views. Good biking trails on the lower slopes near Viganj and Kuciste. Near Orebic, winds provide almost perfect windsurfing and kitesurfing conditions and there are some good centres around Viganj.

So called because of the strong seafaring tradition and the number of elegant former captains’ houses (one is now a museum). The areas either side of the ferry port have lovely white pebble beaches. A 20 minute walk up the hill brings you to an old Franciscan monastery and the Church of the Assumption with possibly one of the best panoramas in Dalmatia.
Trstenik – has a harbour and a lovely beach. Mike Grgic, now one of the most famous winemakers in California comes from here. 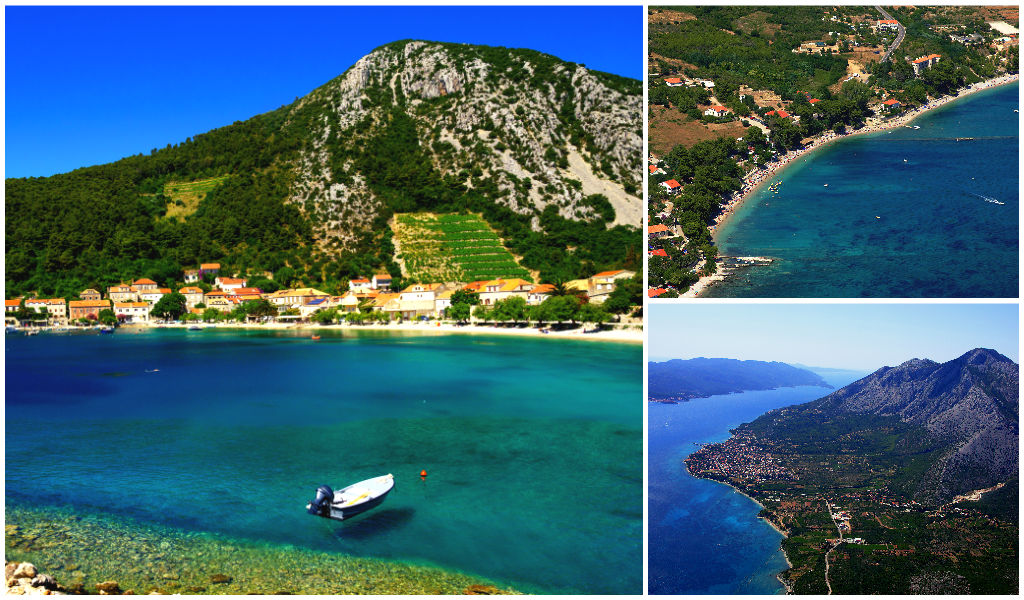 Where to stay on Peljesac Peninsula: 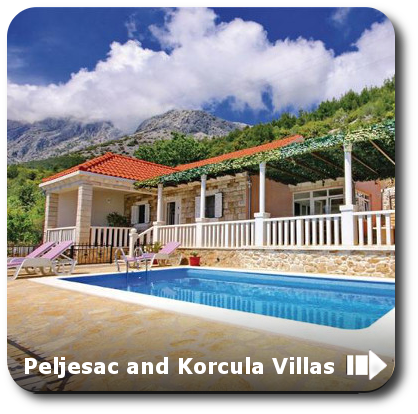