Everyone has seen images of the Croatian Adriatic coast: from the air, from the sea, from the hills and it is without doubt, one of the most beautiful coastlines in the world. Dramatic drops, sparkling aquamarine and sapphire waters, banks of wild herbs and yellow broom leading down to pebble coves or sun-kissed rocks. This is one of the most indented coastlines in Europe – a long one too at 5,835 kilometres with some 1,185 islands, around 67 are inhabited. The sea is breathtaking here. 16 million visitors in 2016 clearly agreed. 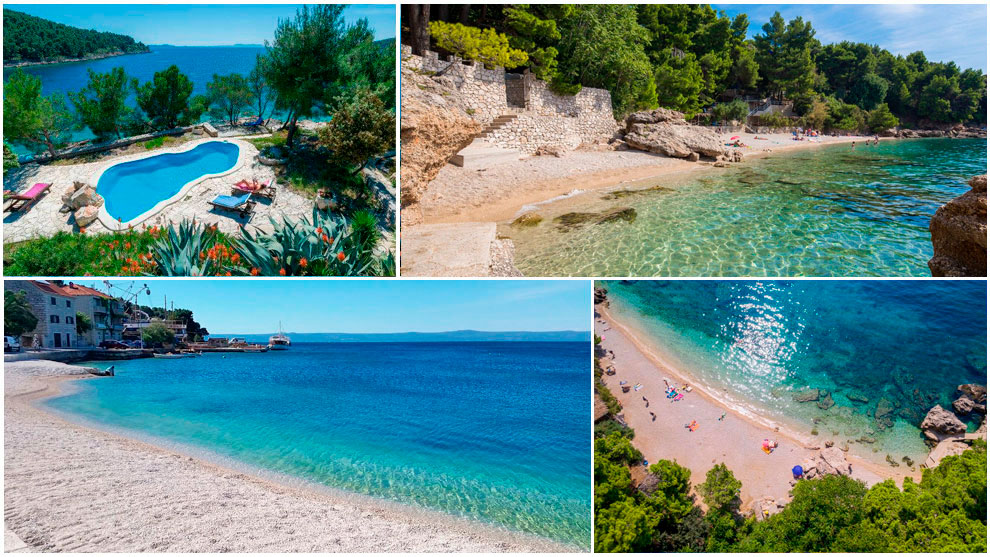 SO LOVELY AND YET NO SAND? 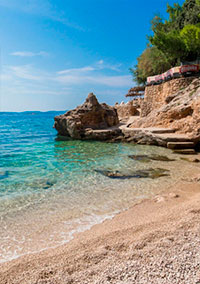 It is true that Croatia has few sandy beaches. If you want the long, powder soft white sands of the Caribbean, then take that nine hour flight. The Croatian sea is one of the cleanest in the world because of the lack of sand which can make the waters cloudy. Marine experts including the late Jacques Cousteau (and more recently his son Jean-Michel) repeatedly praised the quality of Croatia’s sea water. The independent Blue Flag organisation (Denmark) has awarded more Blue Flags to Croatian beaches than to Greece. Croatians refer to a “beach” when they mean a place to lay a mat or towel and from where you can access the sea. It could be smooth pebbles, paved stone areas, rocks or indeed sand. There are indeed a few sandy beaches and the best ones are on the island of Korcula at Lumbarda, on the island of Rab near Lopar (22 sandy bays on Rab), Sunj beach on the island of Lopud near Dubrovnik, the tiny island of Zlarin near Vodice. We know more. Ask us if this is important to you.

ON THE COAST AND INTO THE SEA

Many beautiful villas have been built in the most stunning locations on the coast and right by the sea with wonderful views. Because of the high quality of seawater and the natural vista of pretty coves, pine fringed beaches and so on, many villa designers decided that a pool was simply not necessary. So there you have it: choose one of the best locations on this famous coast and discard old habits for new healthier ones and enjoy the sea!

UP THERE WITH THE BEST

The Croatian Adriatic contains more than 80 essential minerals and the temperature of the sea reaches 26C in summer, sometimes remaining up to 17C in spring and autumn. The most recent testing of seawater quality by the European Commission placed Croatia in 2nd place after Cyprus beating more famous countries. It is therefore understandable that medical experts focus on the benefits of wellbeing here with strong emphasis on seawater and there are famous health spas offering marine-based therapies including thalassotherapy and balneotherapy.

The Croatian Adriatic is almost non tidal with an average tide height of one metre (maximum). Compare that to the UK which has an average of eight metres of tide and you see why the beaches and the waters are so safe for children and swimmers of limited ability.

Enjoy the Croatian coast this summer, swim in one of the cleanest ever seas, enjoy the unforgettable view from the terrace of your villa. People return year on year for exactly this. You will too. 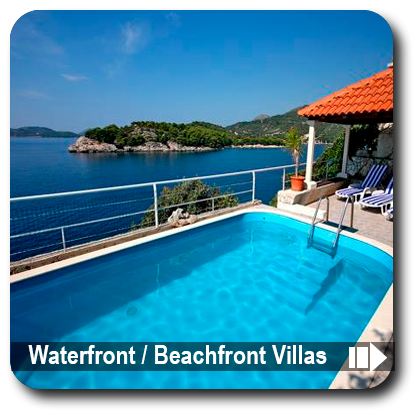