Vineyards, woodlands and one of the world’s most picturesque beaches… Brac is an island that appeals to everyone: sunseekers, lovers of the outdoors and those wanting to appreciate local culture. From the nightlife of Bol to award-winning wines to unrivalled views from the highest peak in the Adriatic islands, Brac is a holiday spot for explorers and beach-lovers alike. Local cultural events range from food fairs to meditation weeks, and art exhibitions to recycling workshops for kids. It’s worth hiring a car to make the most of the island, although a base in Bol provides an incredible beach and hikes or mountain bike rides up to the island’s peak, Vidova Gora. Here’s the top 10 Brac Island experiences that make Brac the perfect holiday destination.
1. The beautiful beach at Zlatni Rat
Zlatni Rat is regularly listed among the most beautiful beaches in Croatia – and the world. The six hundred metres of spectacular pebble beach (sometimes known as the Golden Cape or Golden Horn) are never exactly the same shape from day to day – currents and wind direction make subtle alterations to its contours. On a bright summer day it feels like paradise, but if you’re after a truly special experience, visit during an early spring or late autumn evening and swim in the sea as the sun sets behind you in a stunning pinky-orange haze. Another bonus to visiting at these times of year is that you may find you have the beach all to yourself. 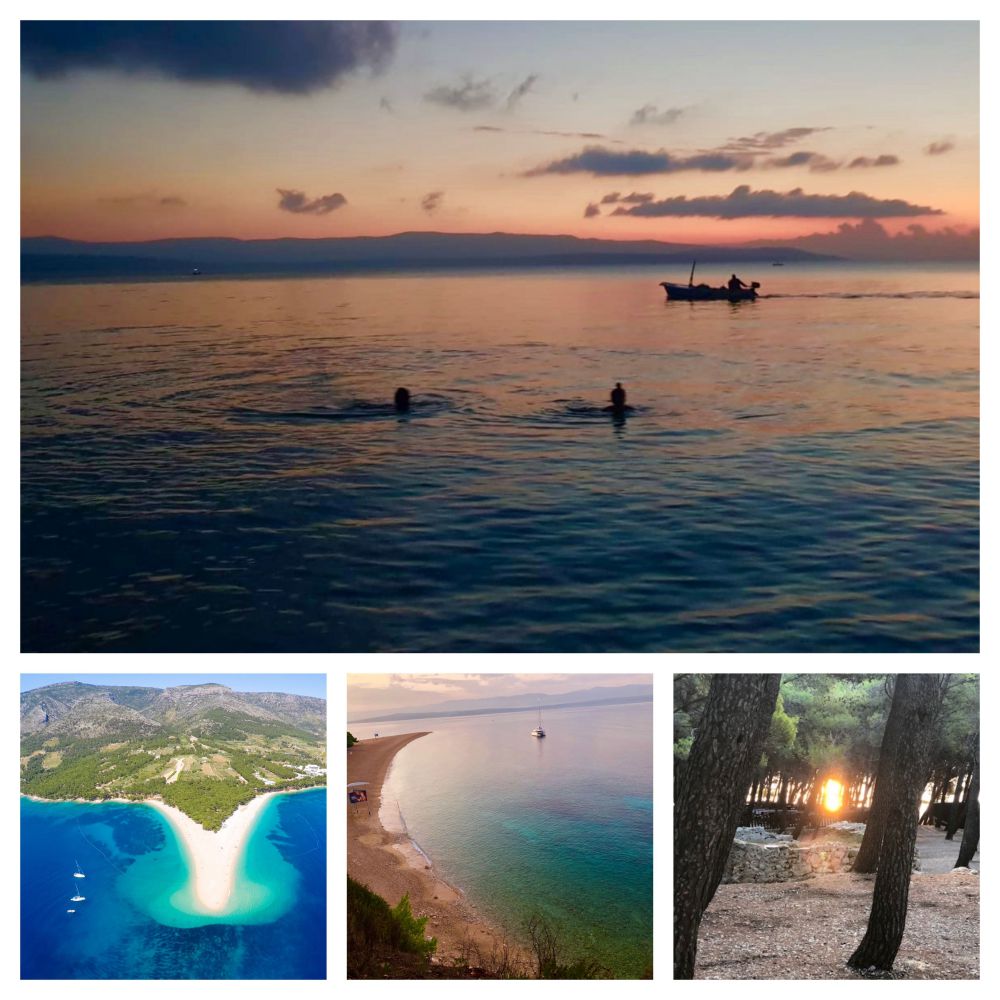 2. Have a ball in Bol
Every Wednesday during the summer, the southern harbour town of Bol plays host to Bol Summer Night, a celebration of local food and drink (particularly seafood), as well as dancing, parties and plenty of opportunities to socialise. Traditional singing and live music share the harbourside with stalls showcasing local crafts. And if it isn’t Wednesday, don’t worry – Bol is home to a range of bars and restaurants, many with views out to sea. If you’re in town in September, the Bol summer carnival features acts from Croatia and several surrounding countries. 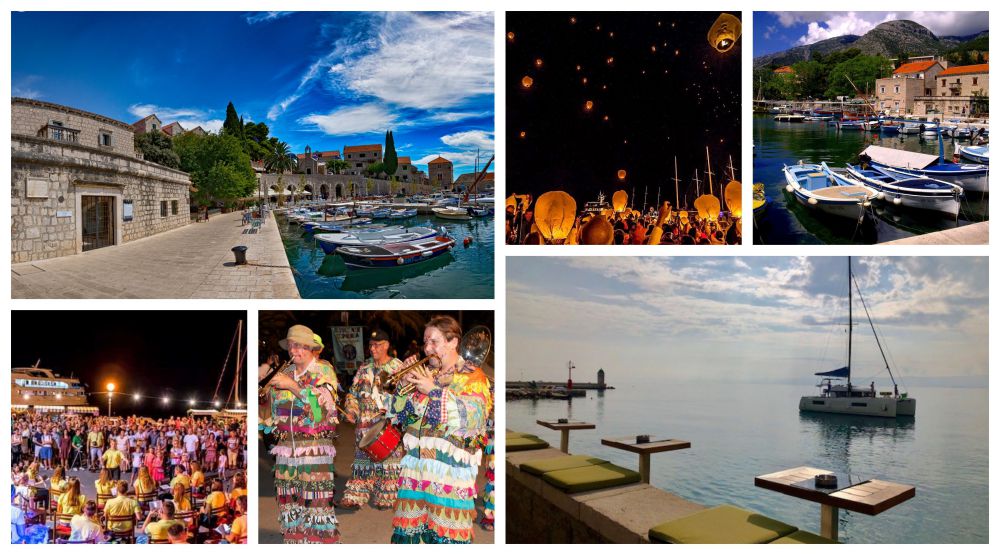 3. Explore the island on two wheels, two feet or by boat
Walkers and cyclists will find loads to do on the island of Brac. If you’re into hiking, there are plenty of trails, often protected from the sun by pine trees or through olive groves. Popular trails include the routes from Murvica to Dragon’s Cave and Farska to Blaca Hermitage. Ascending from Bol to Vidova Gora, Brac’s highest peak, the path takes walkers through hillside vineyards and rewards those who make it to the top with views of Zlatni Rat beach and the island of Hvar.
Mountain biking is extremely well catered-for, with a range of routes leading to Vidova Gora – and if you prefer your wheels on a more even surface, try the 16km trail from Sumartin to Novo Selo.
Alternatively, how about taking to the sea for a different perspective of the island? Whether on board a catamaran cruise or a sailing boat, excursions can include nearby islands, hidden bays and of course a delicious local lunch. 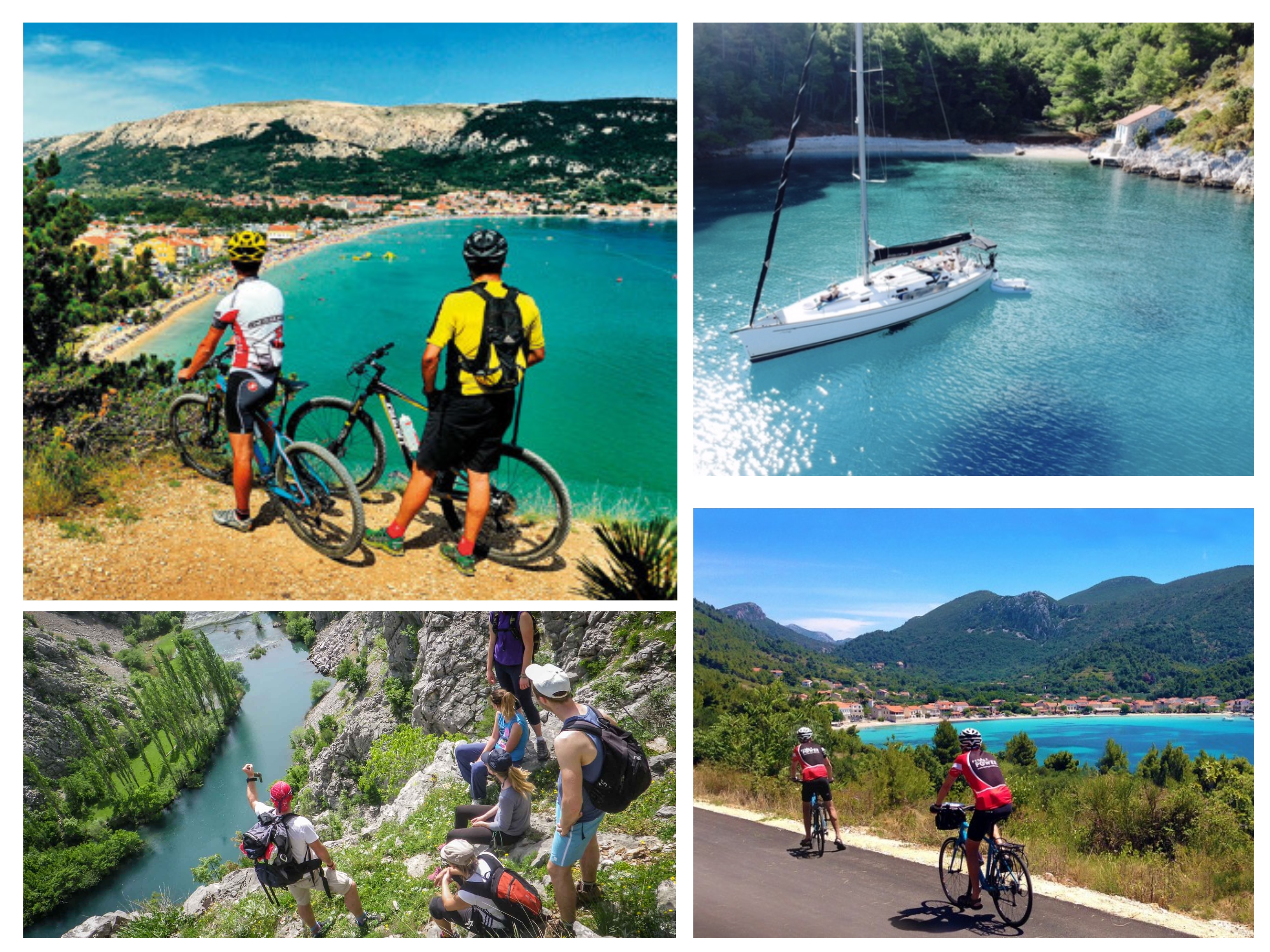 4. Picnic in high places
Brac’s highest point, Vidova Gora, is on the southern part of the island, above the town of Bol. A scenic drive through pine woods and meadows leads to fabulous panoramic views, where you actually find yourself in the clouds as you look down on Zlatni Rat, Bol and the island of Hvar. Vidova Gora is a great photo opportunity, plus it’s a top spot for a picnic (wooden tables are provided). There’s also loads of space in the woodlands to walk off your lunch or to let the kids run around. 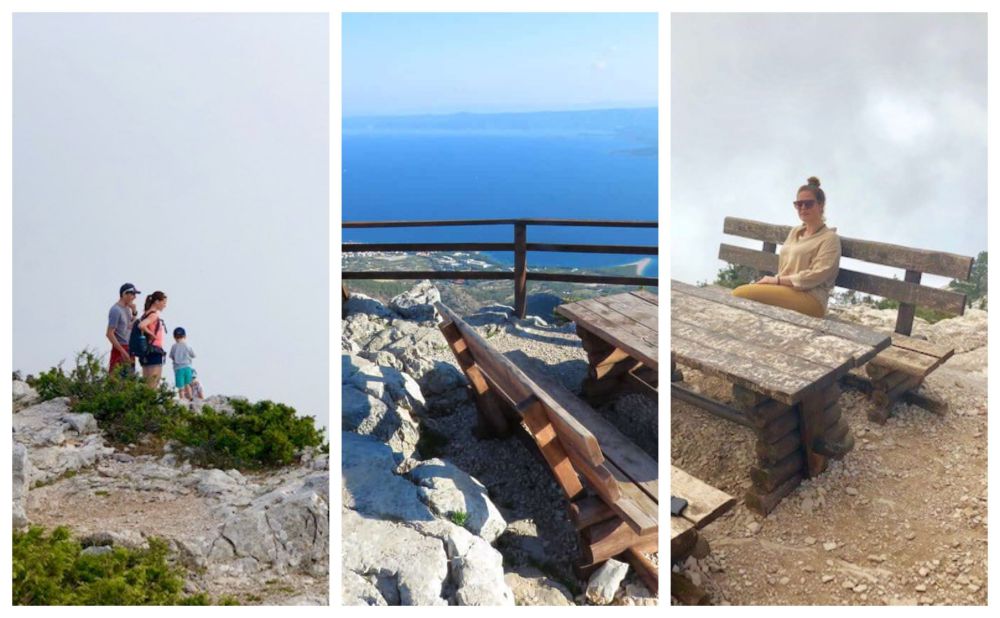 5. Taste local olive oil – and learn how it’s made
The oldest settlement on the island, the village of Skrip, is also home to the olive oil museum, a celebration of local heritage. While once olive oil was used as a currency, these days it’s a culinary staple. Guided tours of this family-run museum will explain how olive oil has been produced throughout the centuries, and of course there’s the chance to taste and buy local oils. Foodies will love the range of tasting menus (priced between 60 and 120 kunas), featuring local cheeses, hams, vinegar, award-winning olive pates, jam and red wine. 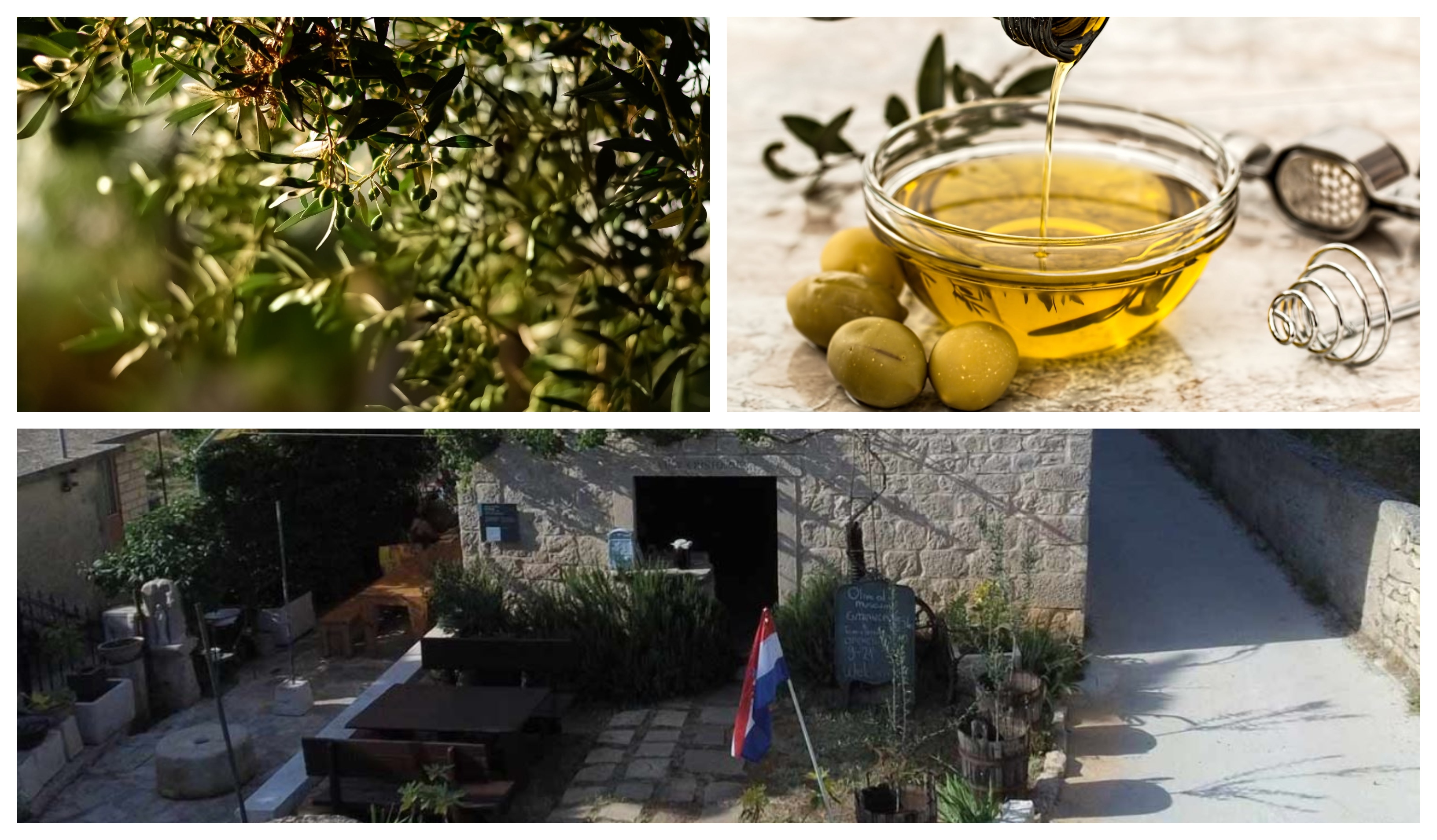 6. Enjoy authentic regional food
Unsurprisingly for an island, there’s plenty of fish and seafood in the restaurants of Brac, but other local specialities include greens, air-dried ham and home-made cheeses. However, lamb is the star of the show, as Brac lambs have a peculiarity: they never consumed grass, only their mothers’ milk . To sample excellent food showcasing the produce of the island, visit Konoba Vinotoka in Supetar. This traditionally decorated restaurant offers al fresco and indoor dining. The grilled lamb and the Skartoc (seafood and vegetables cooked in a paper parcel) come highly recommended.

7. Sample award-winning wines by the waterside
There are more than 60 indigenous grape varieties in Croatia, and winemaking began in the country before the rise of the Roman empire. The Stina winery sits right on the right on the harbourside in Bol. Stina picked up its first gold medal back in 1909, and the winery attracts visitors keen to sample its premium products, which are still winning awards today.
Posip is a white wine grape indigenous to the region, while Plavac Mali is a descendant of local Zinfandel. Visitors to the bar can join a tasting session at 5pm or 6pm – ideal for an aperitif before dinner. Alternatively, the wine bar is open from 11am and if you’re lucky you can get an outside table overlooking the sea. 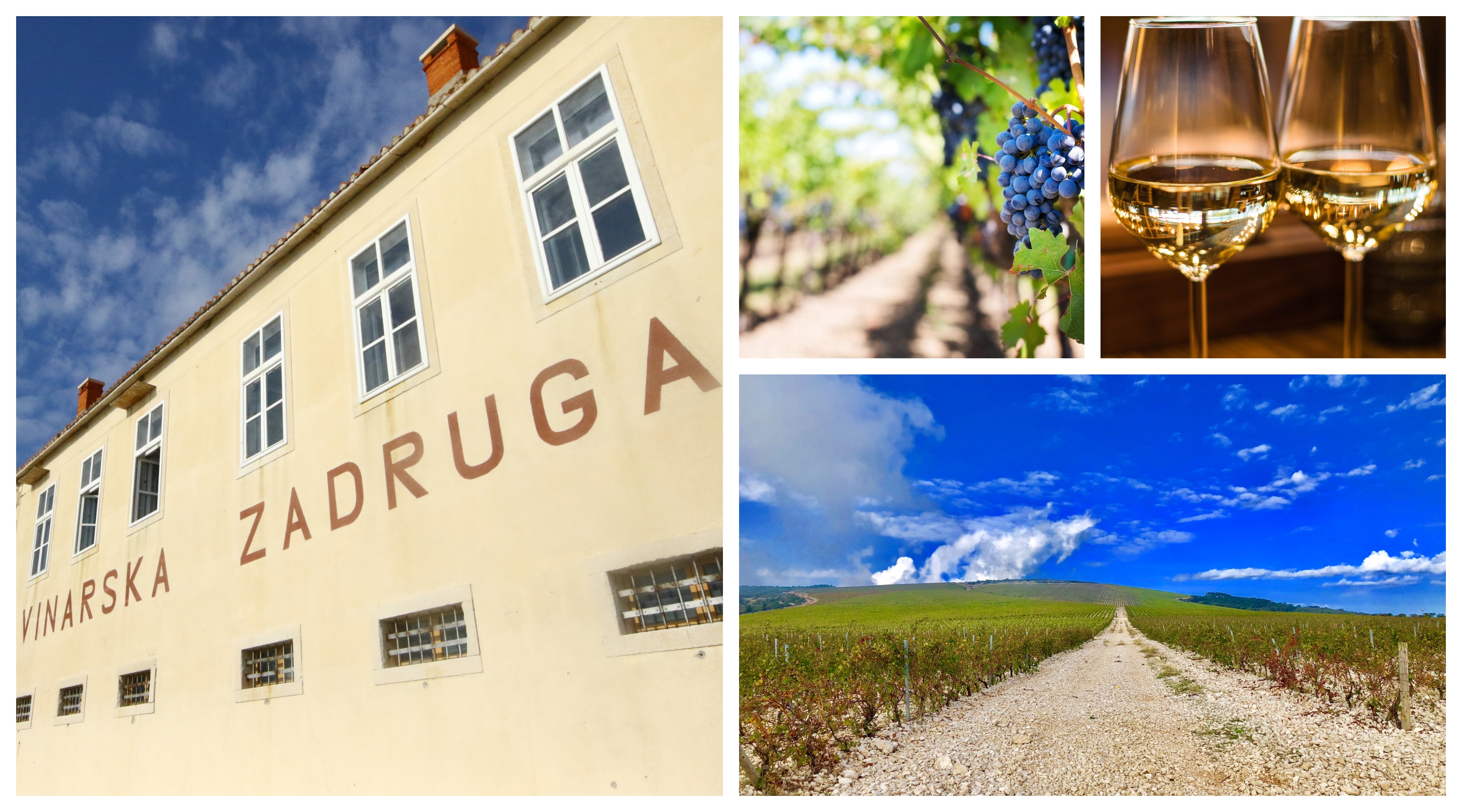 8. Visit the Sculpture Academy in Pucisca
Many buildings on Brac are made of the island’s natural white stone and stand out against a sunny blue sky. The beautiful waterfront town of Pucisca is home to Brac’s Stonemasonry School – one of the few institutions of its kind in the world – which offers its pupils an education in natural stonework and sculpture. Visitors to the school can see the classrooms where stone figures (and window frames for the school itself) are crafted, as well as looking at finished items. And after visiting the school, one of the many waterside cafés makes the perfect spot for lunch. 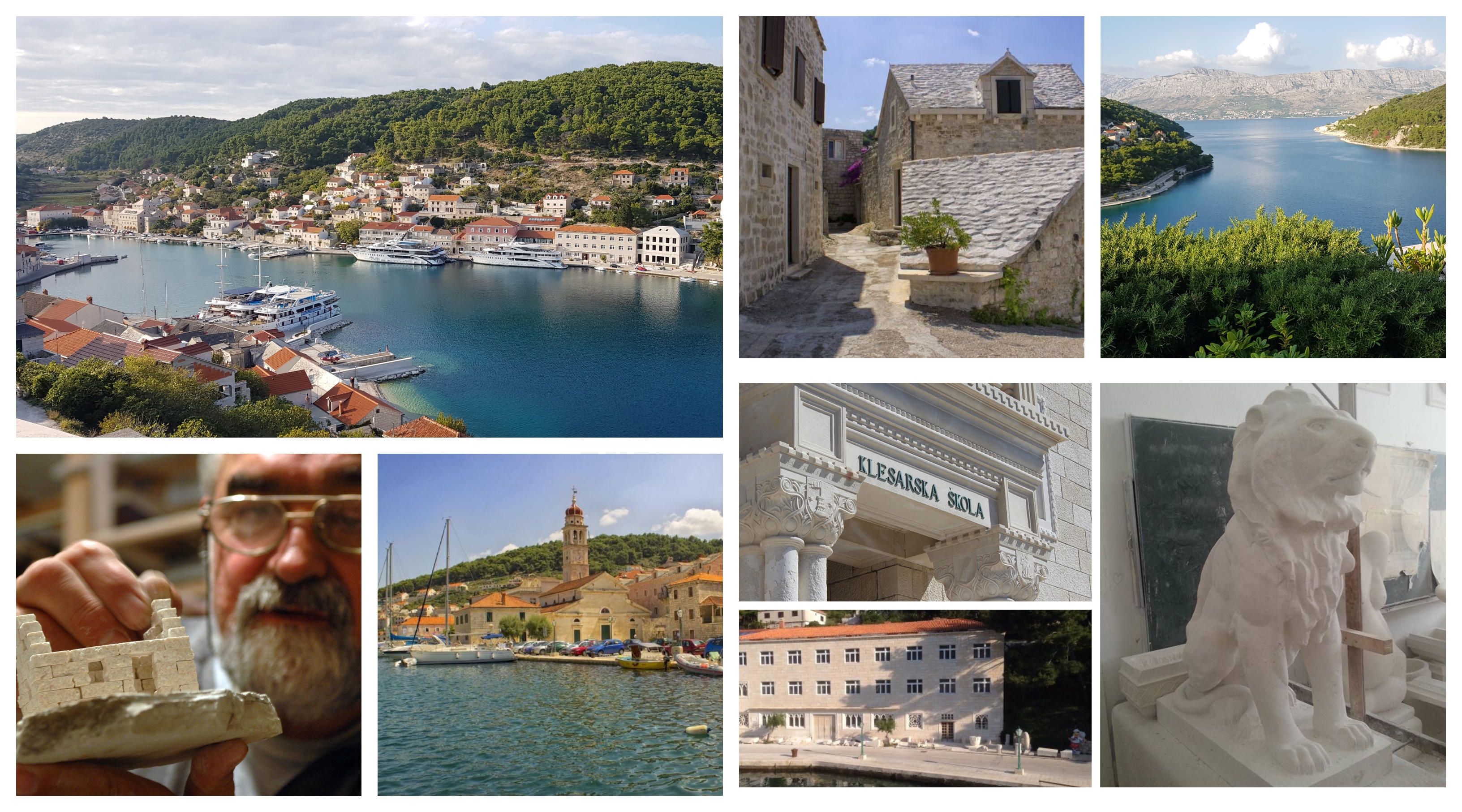 9. Michelangelo frescoes in Milna
Follow the sound of the bells in the eastern harbour town of Milna and you’ll reach the Church of Our Lady of Annunciation. The 18th century church (although the bell tower is older) is home to classical music concerts, and the frescoes inside were started by Michelangelo and completed by his students. Milna itself is a beautiful seaside town, featuring plenty of restaurants and bars overlooking the pretty harbour.

10. Climb back in time at Pustinja Blaca
The Blaca monastery is built on a clifftop on the south-western side of Brac and is reached by a steep half-hour walk from the car park. The unusual location came about after two monks on the run from the Turks during the 16th century took refuge in a cave. When they were granted ownership, they built a church around it. These days, the monastery is a museum, home to around 8,000 books written in the Glagolitic script used by the founding monks, as well as a telescope, ancient weapons and a piano weighing a huge 400kg. 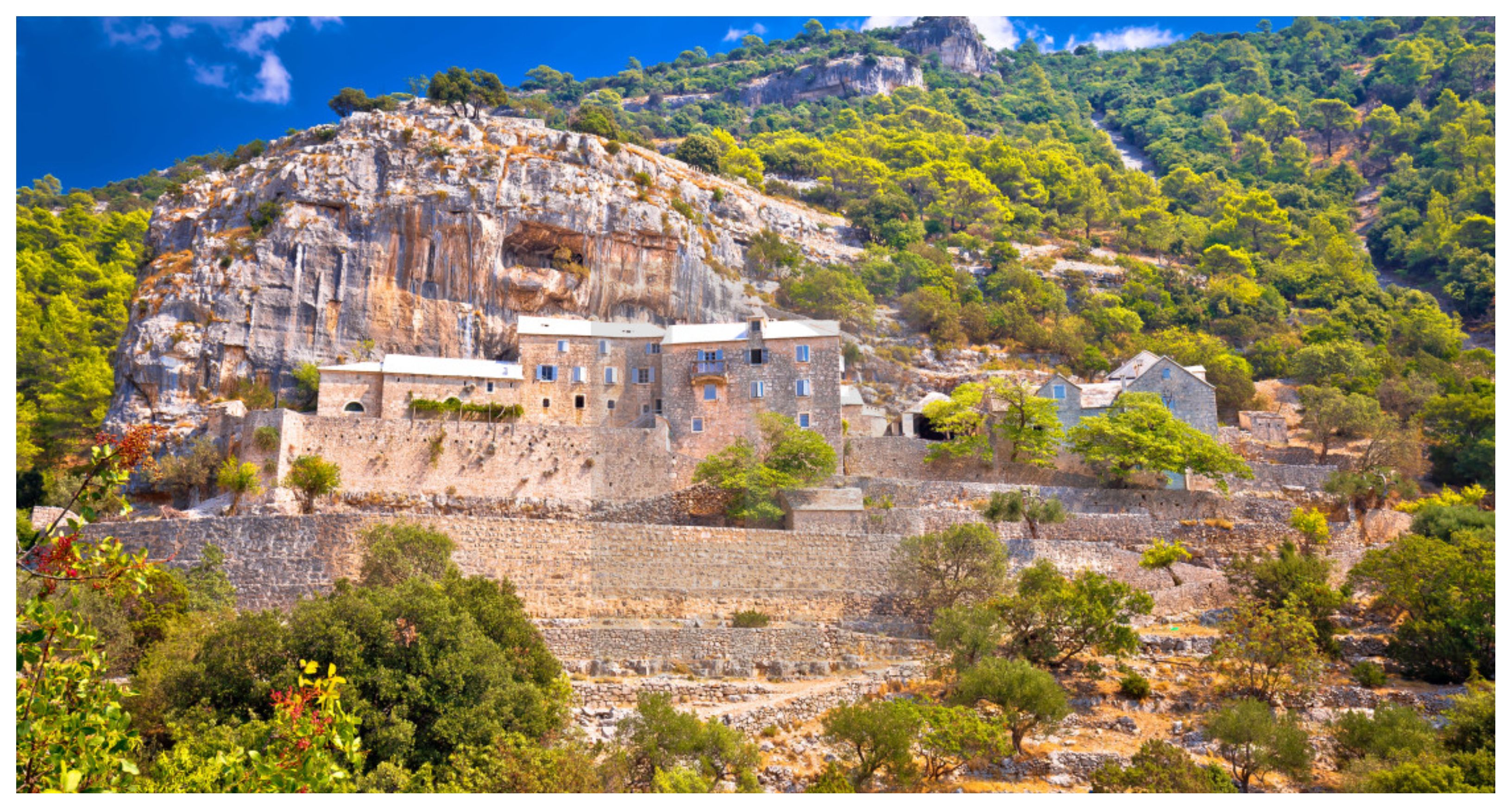 Special thanks to the Croatian National Tourism Board, Visit Brac and their authors for consenting to the use of some of the images. 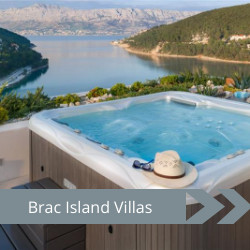 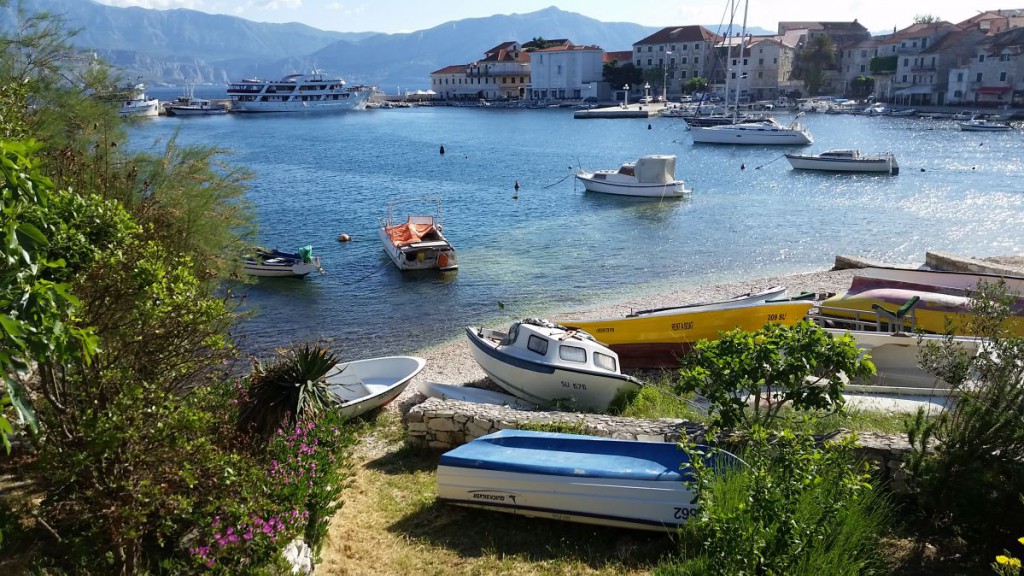 The Foodie’s Guide to Brac Island

One thought on “The Foodie’s Guide to Brac Island”