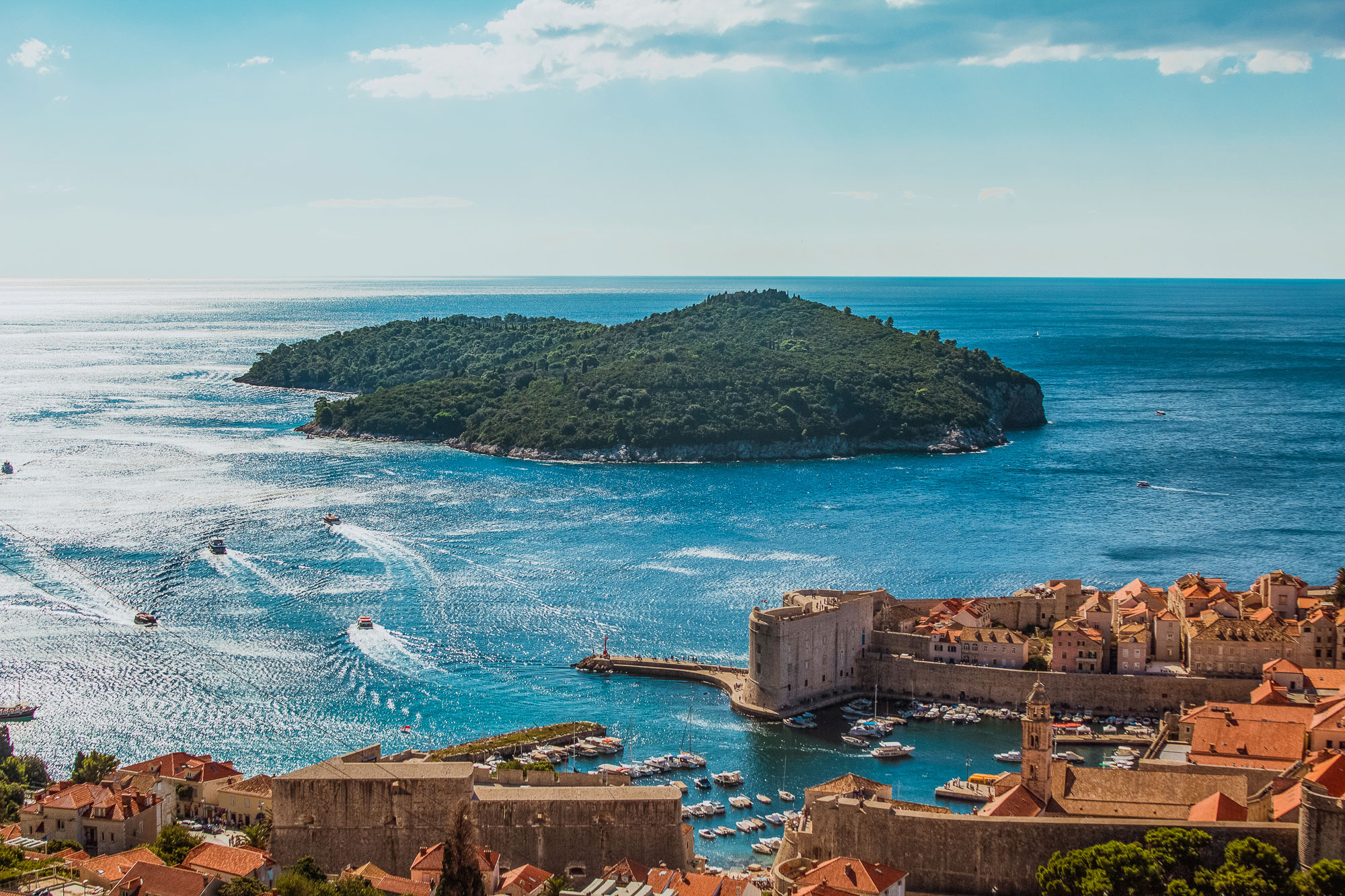 Croatia is well known for its’ many islands, many have heard of Hvar, Brac, Korcula and Vis island all of which are popular with locals and tourists, yet there is one island that does not shares so much of the limelight and it is located just off the coast of Dubrovnik city. It is the little known island of Lokrum. This unremarkable island when viewed from the mainland is in fact a truly magical place to visit. Surrounded by the crystal clear waters of the Adriatic sea, it offers a relaxing escape from the hustle and bustle of Dubrovnik city and is well worth a visit.

The car free island of Lokrum is easily accessible from Dubrovnik City, just walk along to the old port and hop on the Dubrovnik City – Lokrum passenger boat that makes frequent journeys from the mainland. Arrival is into Portoc harbour where you can easily alight onto the dock and if you’re lucky, you might be greeted with a friendly ‘Zdravo’ by a male peacock in full display. Pick up a map and free guidebook from the local information centre situated at the port and begin your peaceful explore, walking in a clockwise direction around the island.

First up is the Monastery Complex and Maximilian’s gardens. This enchanting area is made even more delightful with the abundance of rabbits and peacocks roaming freely around, oblivious to visitors. Nearby are ‘The Rocks’ , a stunning piece of coastline which you can clamber over to view the rock pools and stunning sea view.

Moving on around the island takes you through pretty woodland and olive groves passing the large water reservoir and onto the Path of Paradise, an avenue of trees cutting through the middle of the island which takes you to some of the highest points from where you can enjoy far reaching views of the Dubrovnik region. When you get to the Fort Royal and the small water reservoir, you start to descend to a path following the sea which takes you back to the port. Along the way you will pass the cross of Triton, a memorial in honour of the sailors who perished on the Austrian warship Triton in 1859 followed by the old port which offers stunning views of Dubrovnik city and where it has been said the ship of Richard the Lionheart docked in the 12th century.

You end your Lokrum island visit back at the port where hopefully you’ll meet your friendly peacock waiting to wish you ‘Dovidenja’!

There are a number of swimming spots located around the island so do bring your costume with you. It is recommended you only swim if you are a good swimmer as there are not always lifeguards at every swimming spot.

Sea urchins are prevalent in the waters around the island so watch where you step.

Although there are some eateries on the island, if you don’t want to stop to eat or if you want to save a bit of money we recommend you take your own water, snacks/food with you.

Some paths are quite uneven so may not be suitable for those with walking difficulties. We recommend wearing flat walking shoes/trainers.

Do allow around 3-4 hours to walk around the island.